i am writing from jerusalem
meira kerr-jarrett

​from beneath a netted wig cap,
from beneath a rainless sky, mountain wind
bending date palm branches, stones softening
from so many feet, streets lined
with bougainvillea, sweaty shirt
peeling from my baby’s chest.

I am writing from where blood rose
like sea level in winter, where that happened
many, many times, where my husband sits
by the temple mount and studies
in a language that no one speaks anymore,
where one baby was pulled from my body

and another was pushed. I am writing
from between East and West, where there is no
real line, but where we draw it anyway,
with a thick black marker, from where I visited
my daughter’s preschool teacher’s neighborhood,
on a hill next to a house where different

generations live together, the youngest riding bikes
through streets made of dust. Behind them,
a concrete wall cuts the sky. This city is chopped
like limbs from an animal, and cooked in separate dishes
each with its own name. My daughter says
​“I’m from Jerusalem,” and I don’t know what to say back. 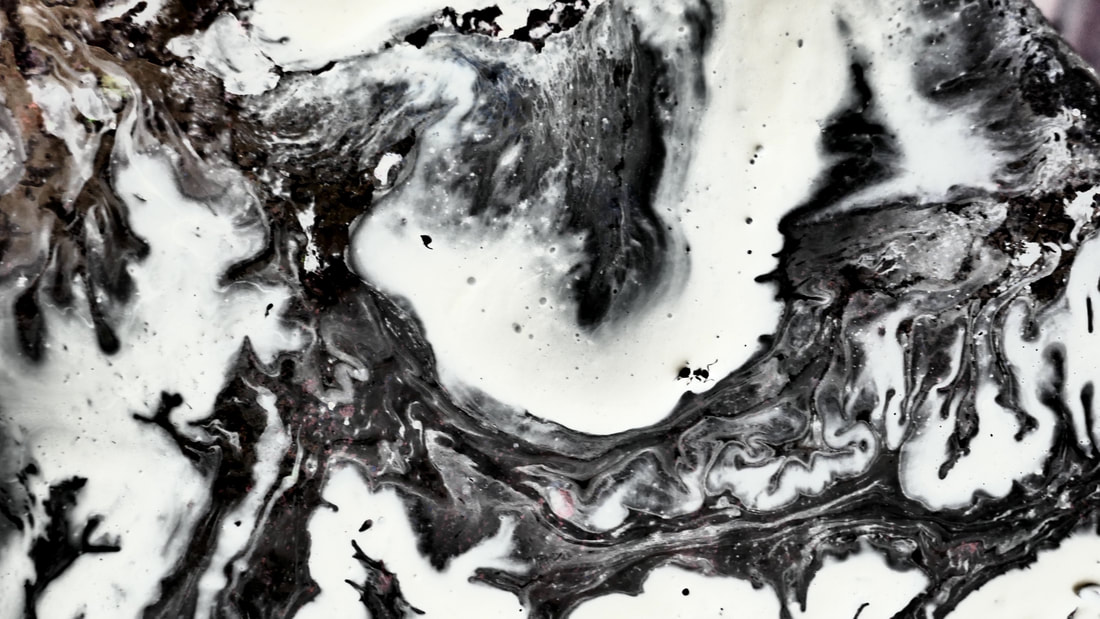 ​​Now I emerge
from a flat plane
where the world’s surface
is being pulled
like a rug
across the living room.

He asks me to crouch
with him, watch it all
slink away. I go.
There is a river flowing
between us
and everyone else,
and the people don’t feel
themselves move.

I wake clenched
and clinging to my bedrail.
I don’t want to be the last
ones. Say it seven times,
the siddur says,
I have seen a good dream.
You have seen a good dream.
All the people disappeared
into a swirling sky.
May it be decreed
that it be good. It is good.
Meira Kerr-Jarrett is a poet working and writing out of Jerusalem, where she lives with her husband and two kids. Her work has been featured in Lumina, Rio Grande Review, and elsewhere.

​Fabrice Poussin teaches French and English at Shorter University. Author of novels and poetry, his work has appeared in Kestrel, Symposium, The Chimes, and many other magazines. His photography has been published in The Front Porch Review, the San Pedro River Review as well as other publications.
Copyright © 2015 - 2021 APRICITY PRESS, ALL RIGHTS RESERVED