​​An hour before the bad news, my husband insisted on a selfie. We were up in the tower of the Castillo de San Cristóbal, a 500 year old fortress in San Juan, Puerto Rico. There are gray stone walls behind us. I’m playing look out, and David is smiling so broadly that he has deep laugh lines. It’s the last photo in which we are genuinely happy. It’s the image preceding tragedy.

Tragedy arrived via a phone call from our neighbors back in Boston.

“Jenn, the police have come by a bunch of times. It’s something about my father.”

“Whatever it is, it won’t be good,” I stated flatly, though at this point it was only a hypothesis.

We learned that Robert, David’s father, had died. He had been found dead in his bed by a neighbor in the Northern Oregon trailer park where he lived.

David relayed this to me with a measured, even voice. But, when he stopped talking, his face crimped up, the flesh on his chin winding itself into a wormy crumple. Streams of tears ran down his reddening cheeks, and drops dripped onto his white cotton t-shirt.

I sat up straighter, took a deep breath, and attempted to hug him. But my arms would only extend straight out. They moved stiffly and awkwardly, like a zombie. Pat, pat. There, there. I was a little repulsed by his crying, and then disgusted with my own lack of compassion. Still, I managed to pull his head to my shoulder for a few minutes before I became uncomfortably hot. I pulled away to fetch our cool bottles of water from the refrigerator.

“We need to stay hydrated. It was a hot day,” I informed him practically.
That night, David somehow slept soundly, but I fidgeted all night in the silent torture of insomnia. I couldn’t stop thinking about Robert. How he arrived in Boston each April from the West Coast, just in time for his birthday. And he always showed some visible sign of struggle. His glasses were held together with a pin or he had brought only a single pair of worn pants or - one time - he was missing a front tooth. But we ignored these sign of neglect. Instead, we brought him to whatever music, movies, or museums he wanted to visit. And, when we returned back to the apartment at night, we drank his Stone Brewing IPA and listened to him yammer on  about whatever dream he was chasing at the time - biking down from Oregon to Baja Mexicali, building guitars and basses, refurbishing a silver streamline trailer like the one he had seen in the John Steinbeck museum in Salinas, California.

I looked up the time of the sunrise on my phone and refreshed my e-mail again and again until that time came. When it did,  I put on running clothes and sneakers, and I sprinted out into the Caribbean dawn, traversing the roads from Calle San Francisco up to the Castillo and then westwards to the Playa del Escambrón. As I ran, I watched the sea lap up against the eternal stone walls surrounding the fortressed city.

My chest heaved. I cranked up Guns n’ Roses on my phone and pushed myself to go even faster. I thought about the last time I saw Rob. It was June two years ago, and he had arrived with only four days notice. He said he had retired - triumphantly quitting his job as a maintenance man at a senior center and planning to live off of Social Security. He had planned to stay with us through October, but the arrangement lasted less than a week. He wasn’t eating, wasn’t sleeping. He was pacing the floors at night. He picked a fight with one of our neighbors, believing she had purposefully left the basement door open while he was working on his bike. He was under the impression that my daughters’ kitchen set was dangerous, and he hacked it a part with an ax and dumped the pieces in the trash. This greatly upset our baby-sitter, who’d had nary a complaint during her three years with us. And when we tried to talk to him about these incidents over dinner, he blew up at us.

“I’m your ELDER! You need to RESPECT ME! Is some IMMIGRANT NANNY more important than FAMILY? FUCK!”

Rob rose up from the table, threw down his chair, and ran out of the house, taking down a baby gate in his wake. He returned a few hours later, pounding on the door and screaming.

The next morning, we sat him down and told him that he would need to leave.

Now, I was pounding the pavement. Every step was a complete fit of rage. I wanted to shake the Earth. And then, I was halted. On a wall perpendicular to the sea was an enormous mural of an octopus. It had to be paint, but it looked like pen and ink. Or like a tattoo. Yet it seemed so real. Its weird eye stared right at me. A flexed tentacle was curled, ready to give a punch. I couldn’t catch my breath. I stared right into that eye and gave that mollusk a kick so hard that I felt a vibration through my entire body, a bell that had been rung with a mighty hammer. I heard a roll of thunder in the distance. The clouds were pregnant with rain. I turned back the way I came, rushing to the apartment to beat an early morning storm.

Later that morning, David and I went to the Museo de las Americas. On any other day, we would be flirting, whispering, giggling. But on this day, we could barely talk to one another. Yet there was a comfort. an unforced honesty, in holding hands and walking through the exhibits. We came upon the African heritage exhibit. David moved on after a few minutes, but I was entranced by a blood-colored mask. This headpiece had two trilliant eyes and a pyramidal nostril-less nose. From the scalp and sides of the face protruded five spiny horns. Uneven teeth emerged from the lips of a piscatorial mouth. A plaque informed me that this demon - a vejigante  - was used in the 17th century to scare people into regularly attending church services.  At that moment, my memory revised itself - it wasn’t we who had kicked Rob out that morning. It was me. While David prepared eggs and fruit salad for the girls in the kitchen, I chewed him out in the living room.

“I can’t DEAL with this, Rob. I have three babies. I’m a full-time teacher, and I need my ROUTINES. It’s ENOUGH without worrying about what YOU’LL do next.”

I had been a monster. No wonder I liked that mask so much. It looked just like me.

Later, after lunch in a bookstore café, we headed to the Museo del Arte de Puerto Rico. On the walk through the cobblestone streets, we held hands again. But, unbeknownst to Dave, I dug my feet into the pavement with every step, curling my toes, curving my arches like talons.

The museum was spacious and airy, comprising several floors, each with myriad galleries. David paused at each piece we encountered in regular intervals, while I lingered on one thing for a bit and skipped over a few others. Eventually, we became separated. From a distant gallery, I heard a gutteral chorus of voices. I followed the sound, which became accompanied by a fierce beating of drums, accented by piercing horns.

The source of the music turned out to be an installation of an old-fashioned barber shop. It had a black and white checkerboard floor, hub caps hanging on the walls, black and white portraits of mustachioed men - one of them I recognized as Fidel Castro. There were three red velvet barber chairs, and, atop the middle chair was a tv monitor. It was playing shots of a carnival parade. On the screen, there were shots of a man, shirtless, tattoos covering his entire back, He was carrying a Burmese python on his shoulders, strutting down the street to the beat of the music, drinking a Medalla beer.

I noticed a sign with the title of the installation. En la barbería, no se llora. No crying permitted in the barbershop.

I remembered - after I kicked Rob out, David told me that he might not love me anymore. I raced off to find him. To tell him I loved him, to embrace him. I would bring him back to the barbershop, ask him if he still loved me, in a place where it was forbidden to cry.
​ 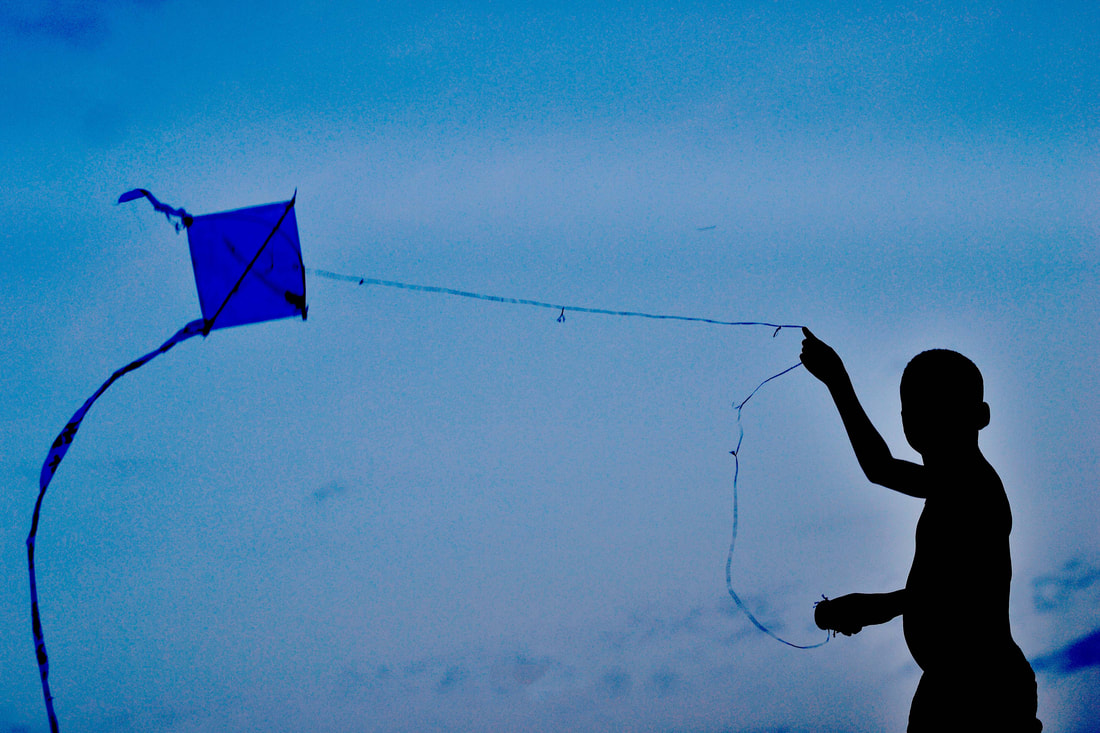 Jennifer Dines is a mother of three daughters and English as a New Language Teacher in the Boston Public Schools. She is a National Board Certified Teacher and state-certified reading specialist. Jennifer loves to sing, do yoga, run, and spend Saturday afternoons at the Hyde Park Branch of the Boston Public Library.

​Bukunmi Oyewole is a travel and documentary photographer who loves to see the world through the lens of his camera. He has traveled round Nigeria, visiting over 19 states on photo tours and documentaries. One of his many dreams is to travel round the world, capturing astonishing moments with his camera. His passion for photography and striking pictorial skills earned him a feature on six editions of Blueprint Magazine, Foxhole Magazine, The Agbowo Magazine, Penumbra, Turnpike magazine, and a host of others.

His works are currently being exhibited on GT Bank's Virtual Gallery, his works were featured at a photography exhibition during the 2018 Nigeria Photography Expo and Conference {NiPHEC}, also at the Global Customer Segmentation Framework Art Exhibition 2018, then at Photocarrefour Photography Exhibition 2019.
Copyright © 2015 - 2021 APRICITY PRESS, ALL RIGHTS RESERVED