I wanted to call you. It was dark-noon.

I was rubbing the blood off my razor.

Early that summer, a tree collapsed.

I have been without power before.

We had a generator then.

Don’t lecture me about correlation.

Don’t lecture me about power.

I have been without power before.

I have weeped over the bodies of unknown things,
but never before collected their bones.
It’s hard to see a corpse and not think
it belongs to you. I took vertebrae. Pieces of jaw.
Synechdochal stuff. I say: this is the squirrel
who knocked out the power grid. The lineman
says this happens all the time. In Schenectady
my birth certificate is filed. There’s an open
staircase at that courthouse. Big enough
for a child’s body to slip through.

How can a squirrel
fall
artificially
into power

The song goes: I need
you more than
want you

Pulverized wood
I mistook for spine

Blood [on my face,
on the body]

Seventy dollars
I will never call to ask for

Two vertebrae
A piece of jaw 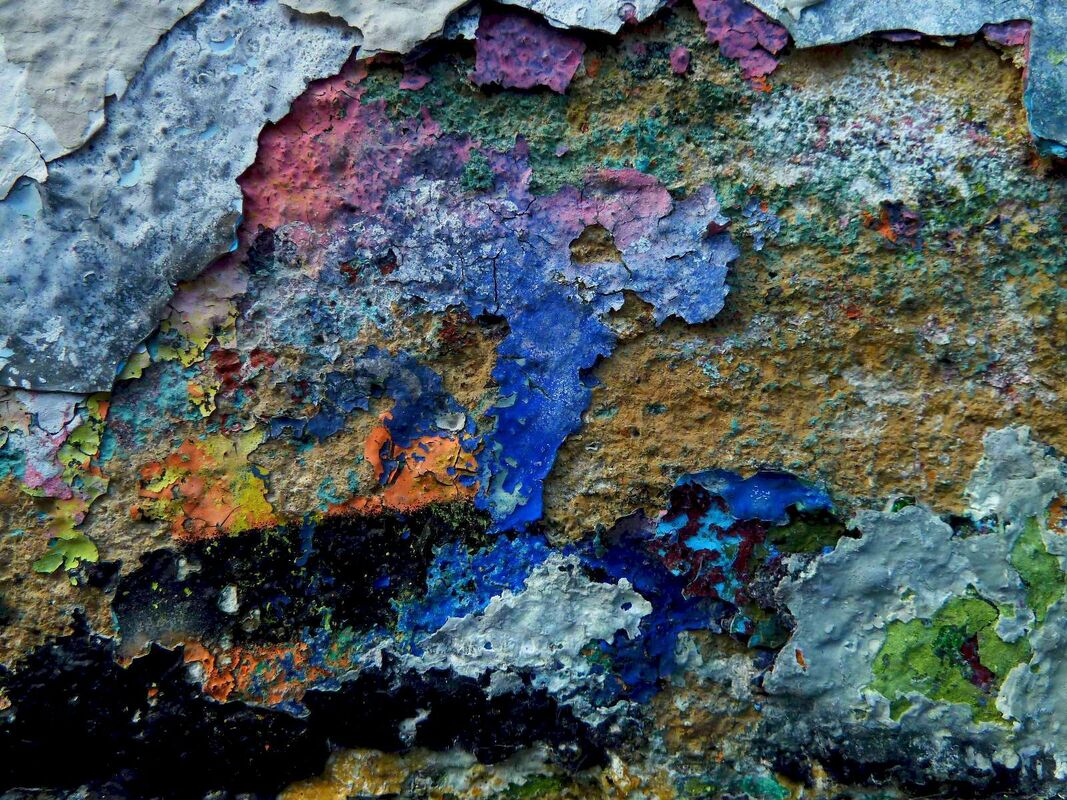 Joanie Braddock is a trans poet completing her undergraduate degree in creative writing at the University of North Carolina at Asheville. Her work has been published in Headwaters, UNC Asheville's quarterly literary journal, the local Pansy Fest Zine, and her poem "St John in the Wilderness" received an honorable mention in the Association of Writer's & Writing Programs' 2019 Intro Journals Project. Her work captures an ethics of curiosity, parsing the intimately personal and the painfully cryptic with tenderness, wonder, and care. She believes in cultivating and sustaining community through art, political, and personal work (which are often the same) as a means of resisting alienation.

---
​
Fabio Sassi makes photos and acrylics putting a quirky twist to his subjects. Sometimes he employs an unusual perspective that gives a new angle of view using what is hidden, discarded or considered to have no worth by the mainstream. Fabio lives in Bologna, Italy. His work can be viewed at www.fabiosassi.foliohd.com
Copyright © 2015 - 2021 APRICITY PRESS, ALL RIGHTS RESERVED